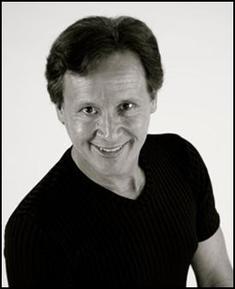 Ron Chisholm has performed in every type of entertainment medium:  Broadway, Radio City Music Hall, cruise ships, theme parks, music videos, TV, industrial shows and movies.  On Broadway he was assistant choreographer and performed in “Into the Light” with Dean Jones.  He was also assistant choreographer and Young Vincent in “Follies” starring Juliet Prowse and John Cullum, and toured with Gavin MacLeod in “High Button Shoes”.  On TV he has performed with such stars as Carol Burnett, Dolly Parton, Shirley MacLaine, Ben Vereen and The Pointer Sisters.  In Charlotte he has directed, choreographed and/or produced over 300 shows for: CPCC Theatre and CP Summer Theatre, Charlotte Rep, Opera Carolina, Theatre Charlotte, North Carolina Shakespeare, Children’s Theatre of Charlotte-Winning the National Youth Theatre Award for “A Year With Frog and Toad” , Lyric Theatre in Oklahoma City, Opera House Theatre Company in Wilminton, NC and other companies.  Ron is currently an adjunct faculty member in the Dance program at CPCC. We think this is his 22nd year at JMSD (he nor Jami can remember).  He lives in Charlotte with his wife, Angie. He is the proud father of Bryan and Caroline.
​